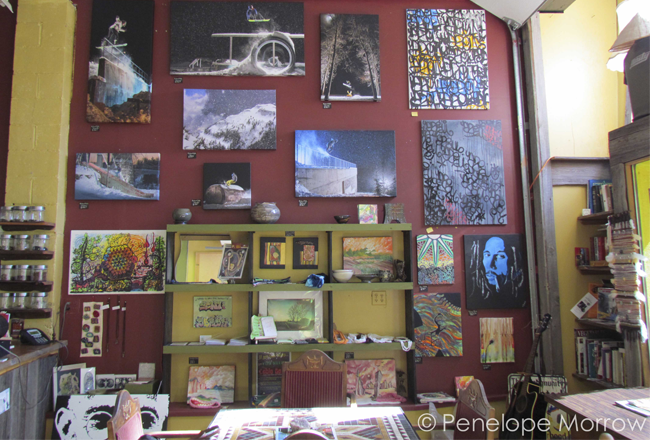 The sun shines through a beautiful piece of stained glass hanging in the window, reflecting the colours onto a nearby table, the turntable revolves as the needle sings out the notes from a carefully selected vinyl record, customers chat table to table and the “scuffins” catch my eye…

What is a “scuffin”, it is the best of both worlds explains manager Shane L.S. Dennis. A scuffin is a savory cross between a scone and a muffin, and this is but one of the many features that makes Unity Market Café & Studios unique.

Good food is where we start, but there is much more to discover. 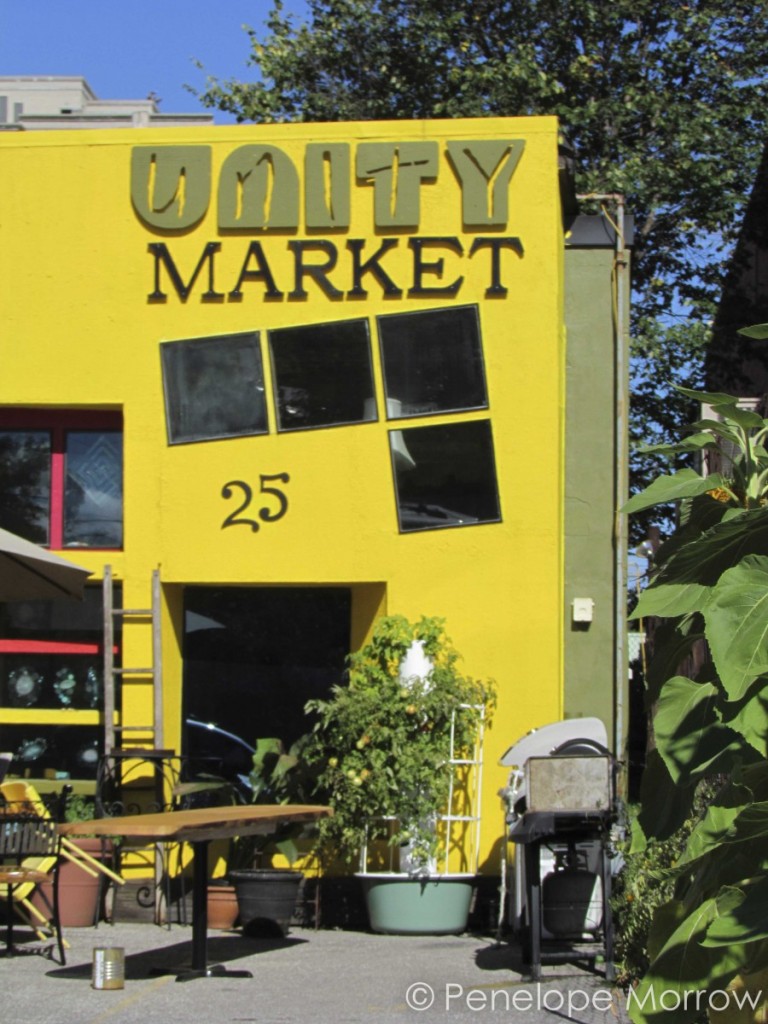 Shane then played a haunting melody of his own material on the corner keyboard while customers enjoyed their lunch, affirming my feeling that I have discovered a treasure that is Unity Market. Supporting local independent music, with emphasis on encouraging youth creativity is also on the menu, a fully equipped recording studio is onsite and open mic nights are a weekly feature. Lining the walls and shelves are a plethora of items made by local independent crafters and artists, ranging from clothing to skin care, jewelry to original art work. 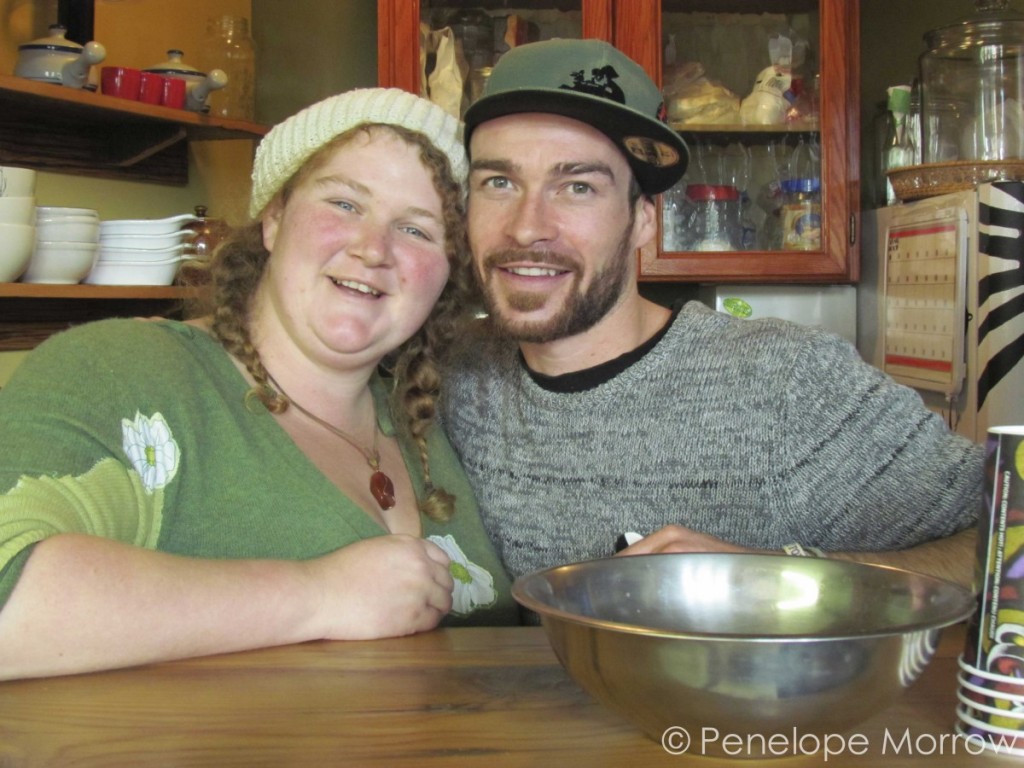 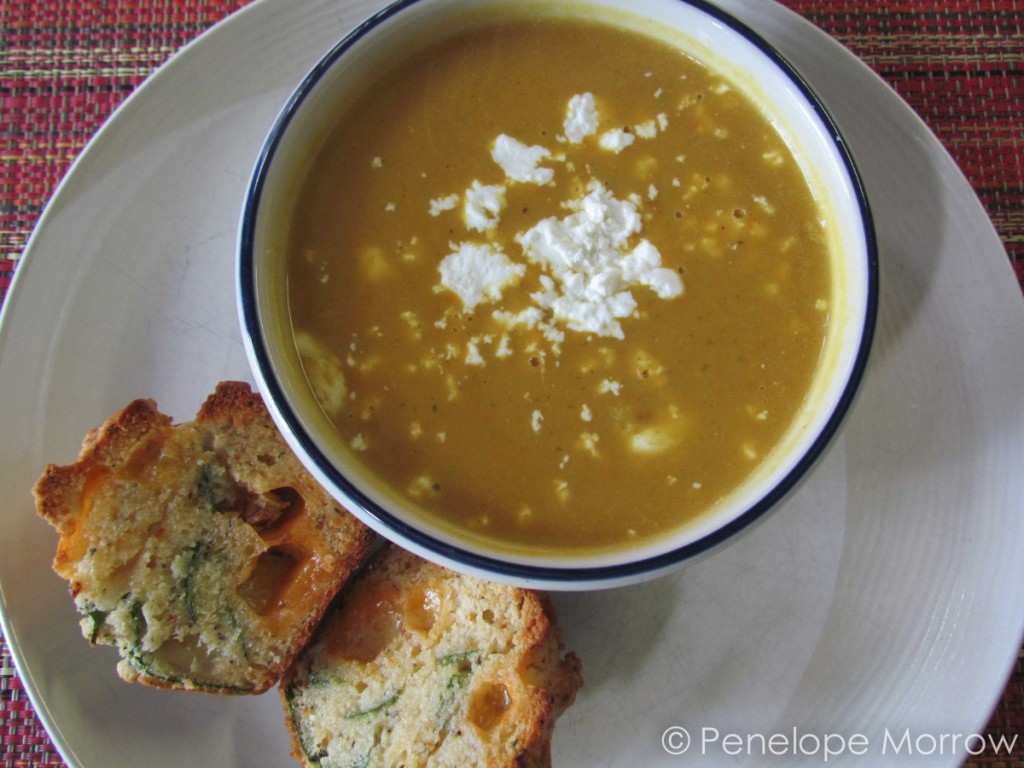 Unity Market Café & Studios is a thoughtful space, it is soothing, encouraging, nurturing. A newly revamped menu is hot off the press, courtesy of manager Shane Dennis and new chef Stacey Kilvert, (she has a special interest in gluten free and vegan foods), and these foods will nicely fill your belly, while the philosophy behind Unity Market Café & Studios, will warm your soul. My lunch choice was a generous portion of Moroccan squash soup flavoured with coconut milk, topped with a sprinkle of goat cheese, and the aforementioned scuffin, butter melting gently into the nooks and crannies of the savory delight. I sampled some fresh from the oven banana bread, moist and rich, this would be lovely with one of the many herbal teas or a cup of fair trade coffee. I was tempted today to leave the computer while writing this review by their Facebook posting of the lunch special, chicken pot pie.

Unity Market Café & Studios is a one stop feel good do good location; three longtime friends, Andrew Miller, James Da Silva and Shane Dennis shared a vision; they wanted to create a “hub”, an opportunity within the community for social development, where education, awareness and opportunities could grow. Their goal was to form a communion of good food, local art, and musical talent, while encouraging a consciousness about food through social initiatives and action. Back to Basics was the result and from this sprang forth Unity Market Café & Studios, among other initiatives. Back to Basics receives funding from The City of Barrie; insert a “Shout Out” here! Followed by kudos for the Trillium Foundation, which provides funding for an art program for students young and old, run at Unity Market Café & Studios.

In turn, over three years Back to Basics has contributed over 30,000 pounds (13.6 Tonnes) of food from their community gardens to The David Busby Street Center and The Elizabeth Fry Society.

Unity Market Café & Studios manager Shane L.S. Dennis personally does his part with fundraising; his yearly camping adventure, onsite, in the elements, in the cold month of December, has raised awareness and a generous amount of funding, toys and clothes, all donated to the David Busby Street Centre. A very loud and sincere “Shout out for Shane”.

I was truly impressed when Shane Dennis told me that every Sunday afternoon at 2 pm, he leads volunteers on a community clean up walk in our city. 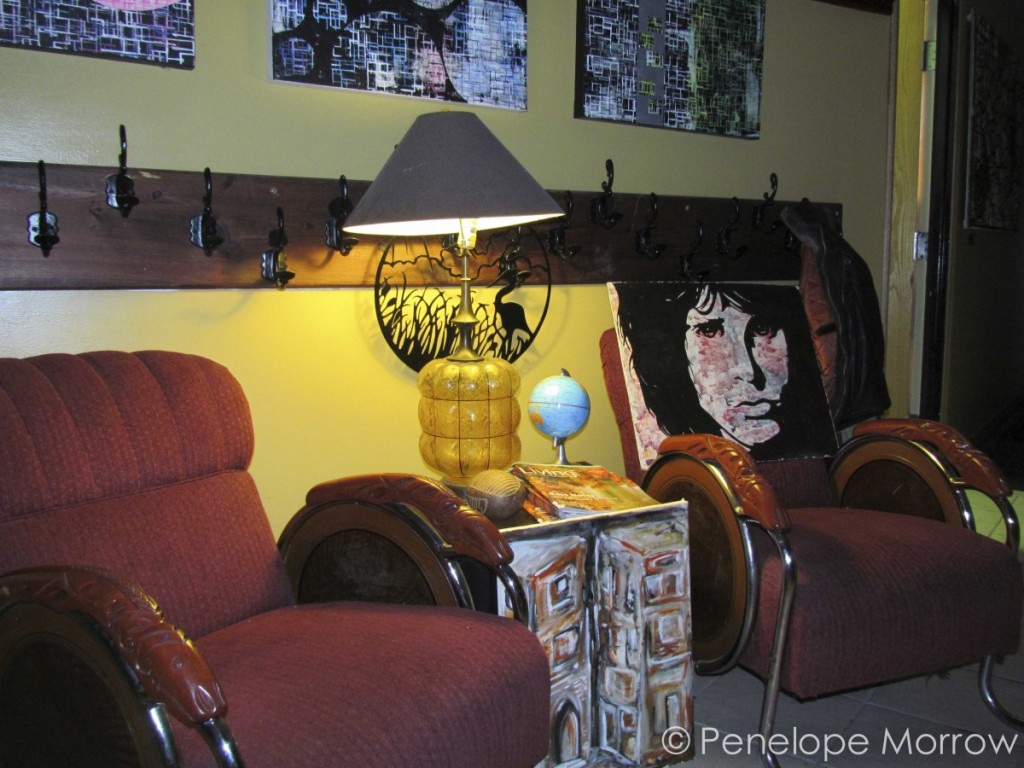 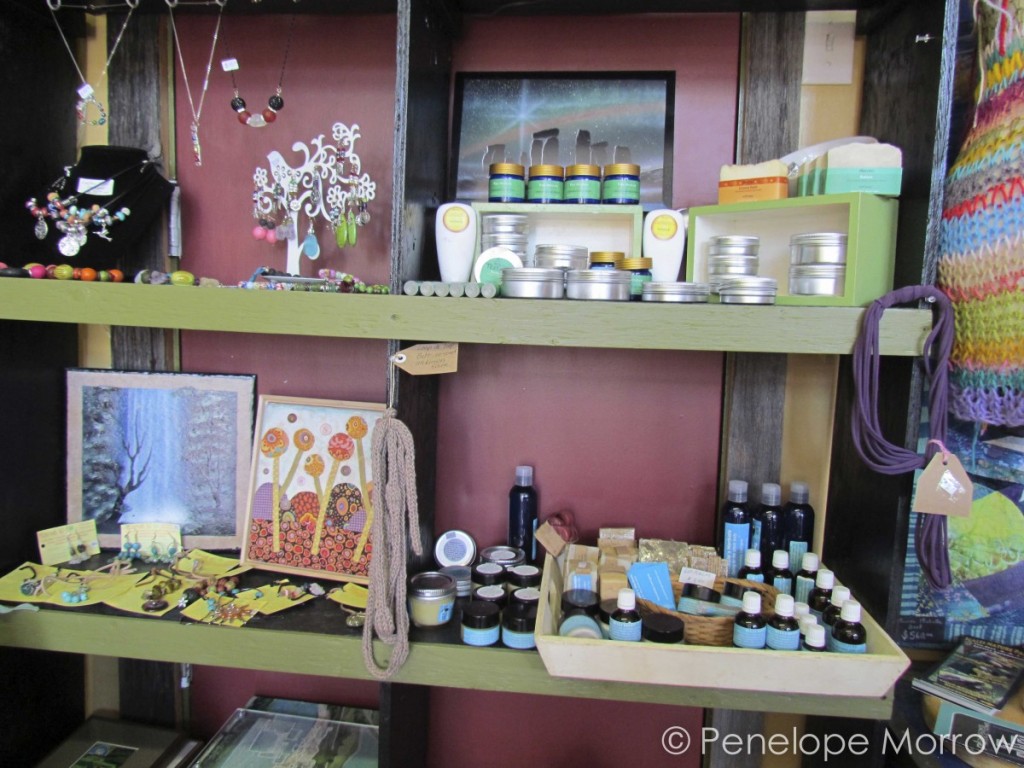 I first met Shane Dennis at the Barrie Farmers Market; he was purchasing a large luscious butternut squash from McBride’s and he shared that it was soon to be soup for lunch at Unity Market Café and Studios. I shared that I write food and event reviews for Simcoe Dining, it was a timely match. I personally believe that all in our community should have access to good fresh food; this shouldn’t be limited to those with deep pockets. By feasting here you will satisfy your hunger and contribute to what they affectionately refer to as “an inspiration station”, Unity Market Café & Studios inspires!

This review was originally posted on Simcoe Dining in December 2013.

Review Update: Since my review was published I am pleased to share that Shane L.S. Dennis was awarded the Order of the Spirit Catcher Award for 2014 in honour of his altruistic work in the City of Barrie.

You may read more it at the link below.

10fold farms a “Feast on Summer” with Ciboulette et Cie