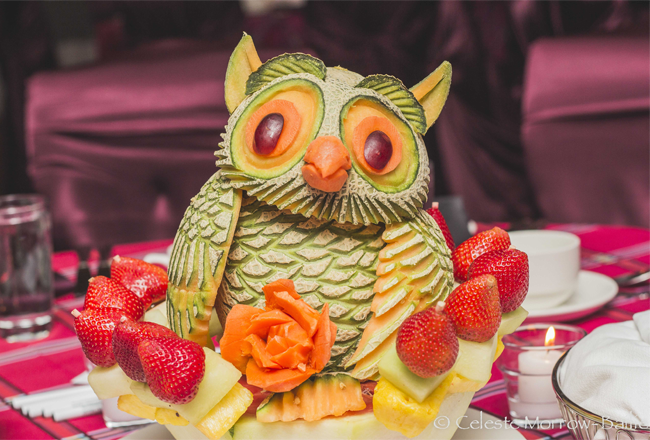 The evening was entitled “Celebrate with Us” and celebrate we did at the Nottawasaga Resort, as a cornucopia of culinary guests gathered together  for the second  annual Simcoe County Region ORHMA, (Ontario Restaurant Hotel & Motel Association) awards event to honour the best in their field.

Those in the hospitality industry know how to dine; this evening was a showcase of the extraordinary creative talents both in the kitchen and from the classrooms of our own Georgian College. The qualities of the skills make their way to our plates in the restaurants and hotel establishments across Simcoe County. I was thrilled to attend and am pleased to share with you the highlights of the evening. Recognition and awards at the gala event aren’t limited to those nominated in the many categories, but are also given to the industry as a whole for the contribution to the local economy. A shout out is given to all in attendance, as this event is a major fundraiser for Georgian College. The ORHMA Gala event evening raised $15,000.00 which goes directly to scholarships and awards for students in the Hospitality and Culinary Programs. These scholarships can have a profound and direct impact on the Chefs of tomorrow.

While there were many sponsors for the evening, Tourism Simcoe was the main event sponsor and I feel deserves special mention; for recognizing the benefits of encouraging the students while honouring the mentors, as the community at large benefits from this symbiotic relationship. 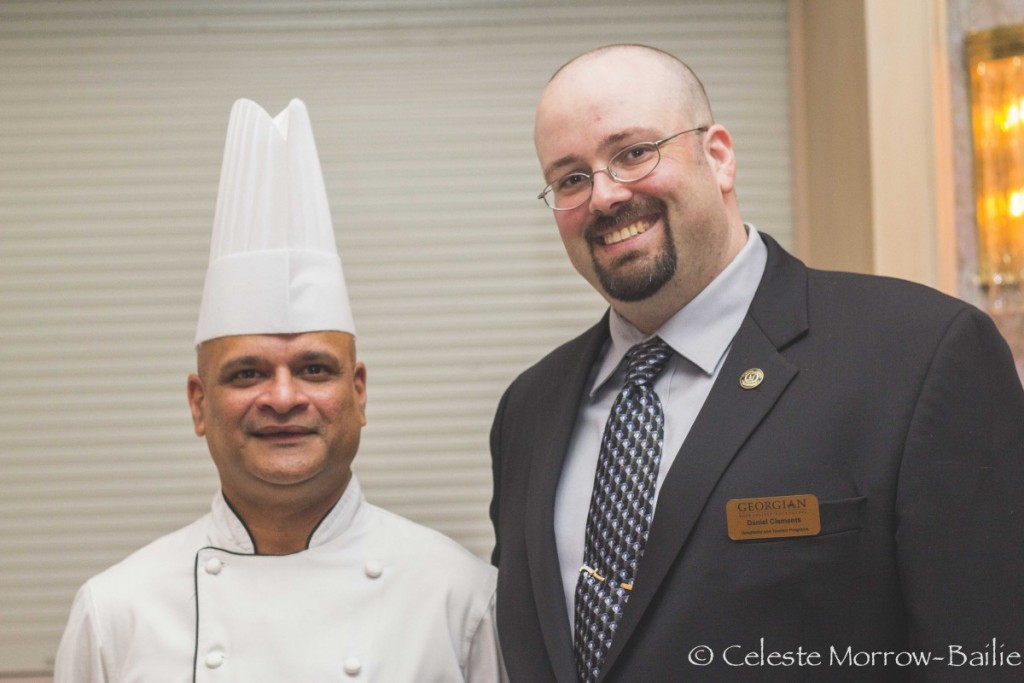 From the Georgian College Culinary students to the well-seasoned Chefs, we dined in delightful fashion. Appetizers and amuse bouche were prepared by the Georgian College culinary program students, wine poured from Peller Estates, cocktails complements of Georgian Alumni Association . 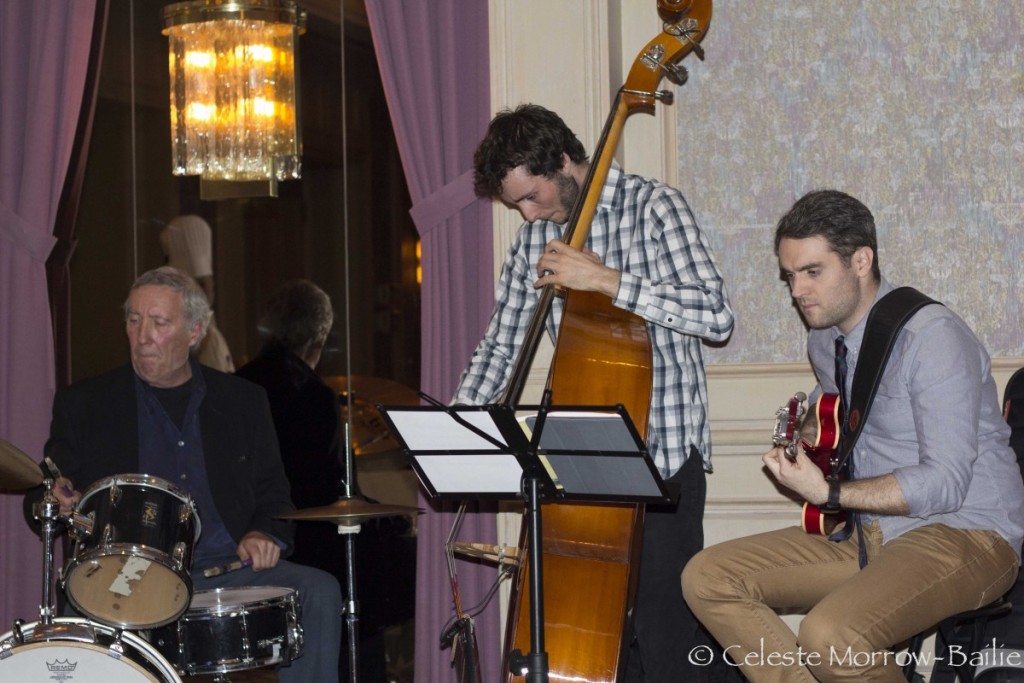 Moving into the dining room, live music played on, the tables sported fruit carvings of the finest caliber; each watermelon uniquely carved, resembling floral, fish or fowl, these edible sculptures were a delight for the eyes. 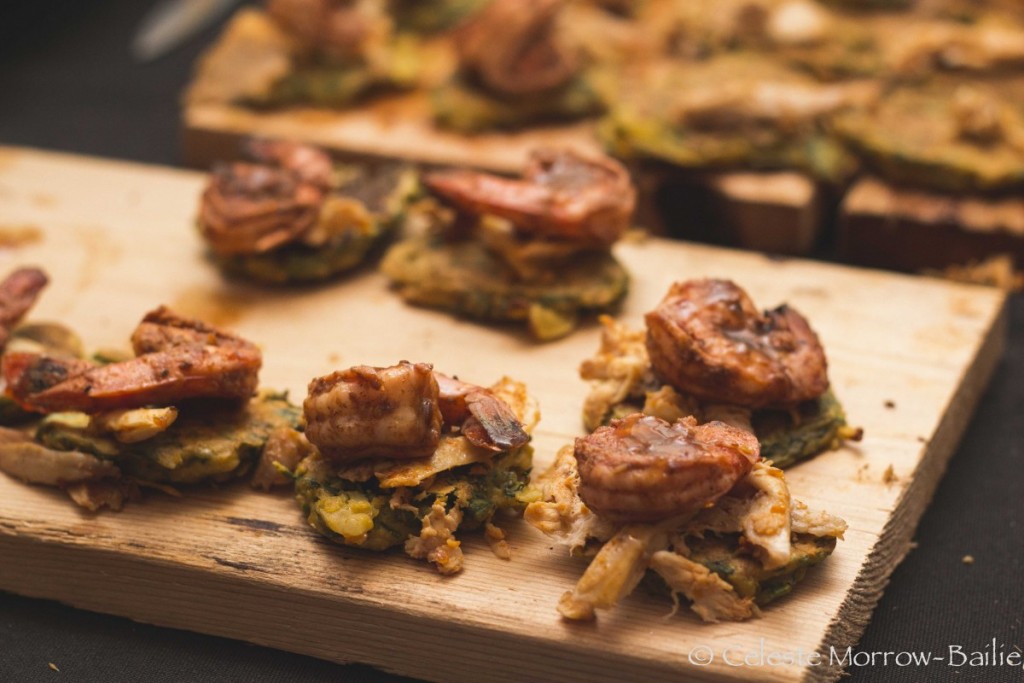 Our appetizers were presented on a wood slab, a variety of tastes; bites of salad, mushroom and fish. The food stations around the room provided the featured Chefs occasion to impress us, which they did. This was the highlight of the evening, the opportunity for guests to first taste and then to vote for the Silver Plate Award. 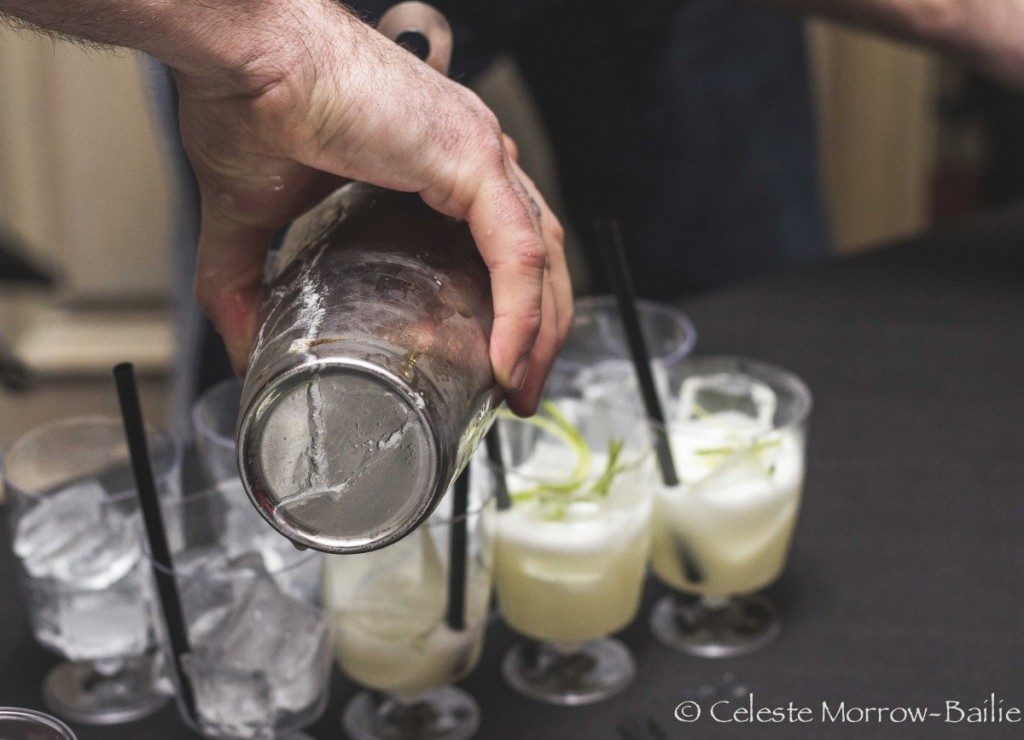 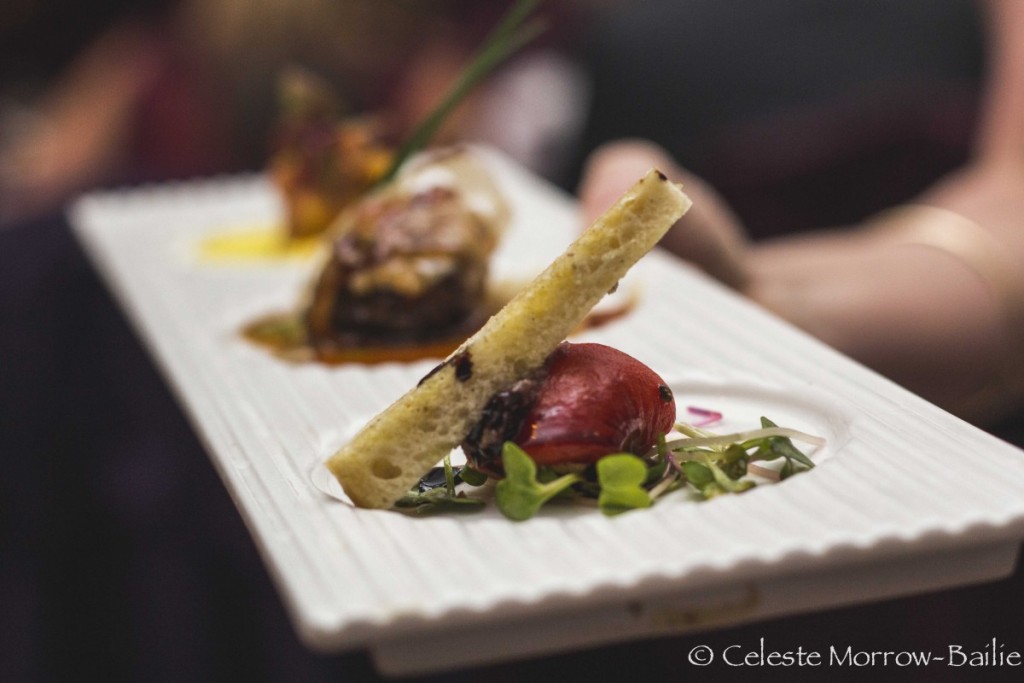 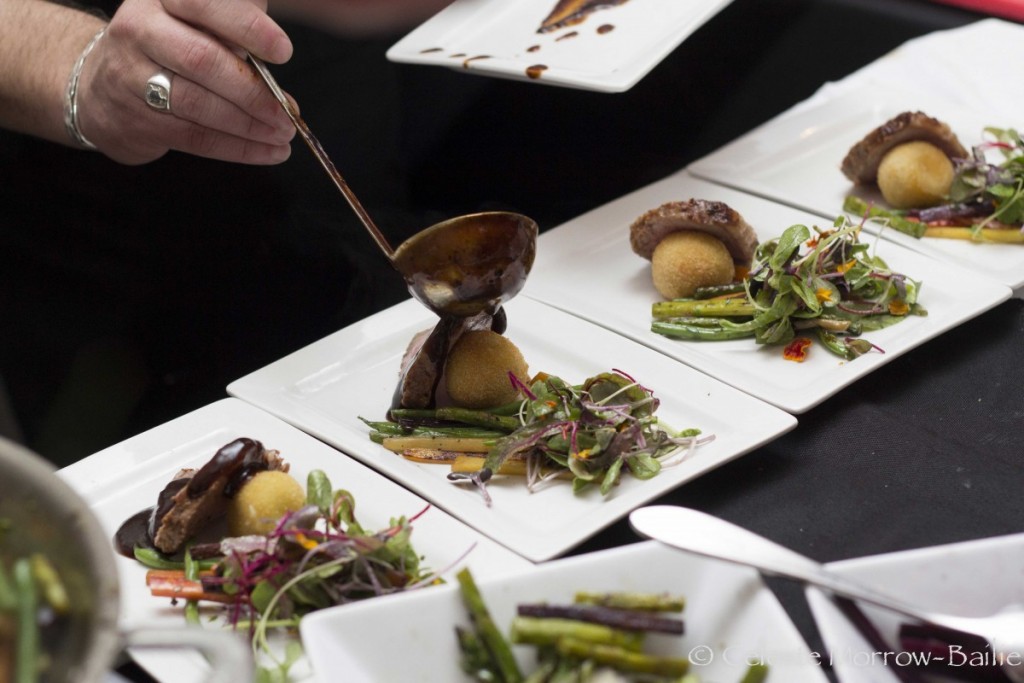 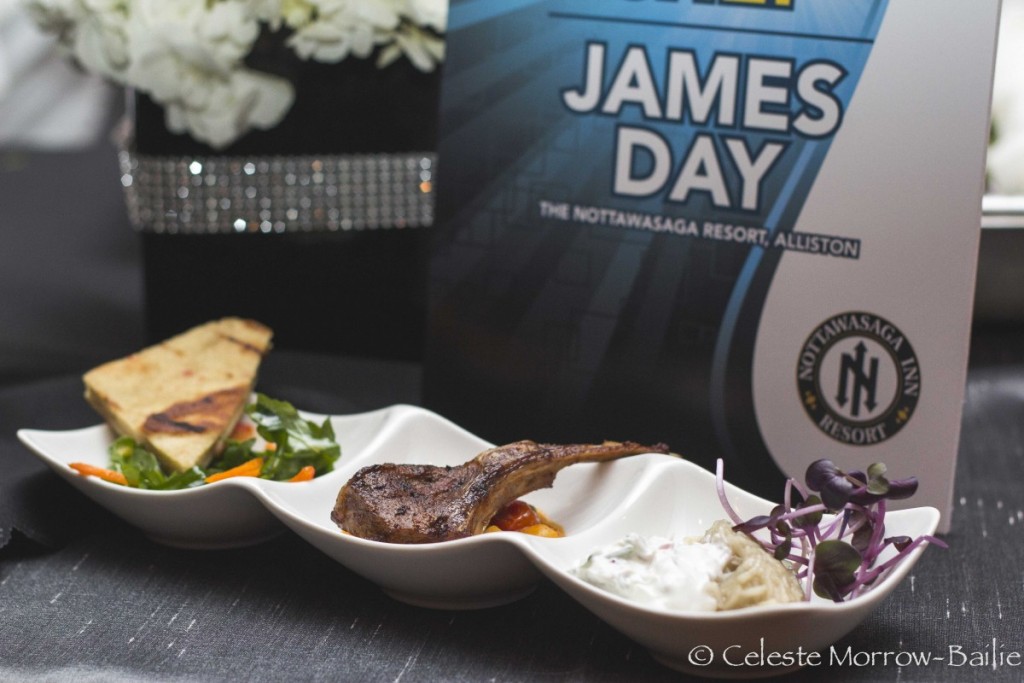 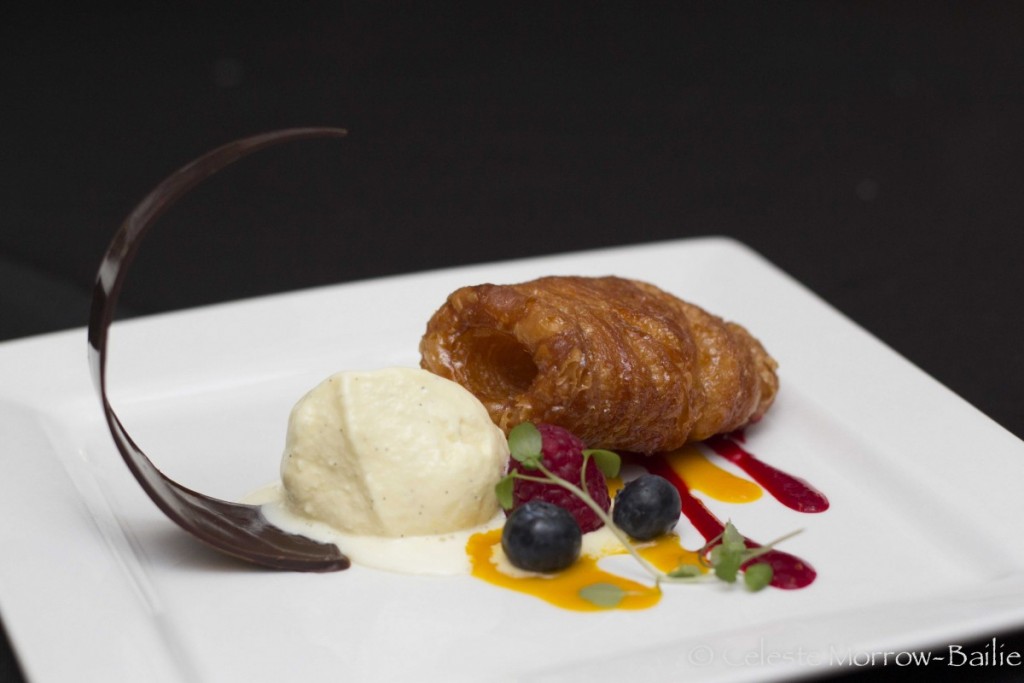 While voting for the majority of awards was held online by Survey Monkey, the Silver Plate award was done by paper and pen, and tallied on the spot.

Home game advantage was clearly held by The Nottawasaga Inn as they took top honours in most categories. With a full complement of staff attending, this was an emotional night for them. Hospitality Manager, Local Chef, Industry Recognition, Food Service Hospitality Supplier, Heart of the House Legacy Awards were presented and applauded. 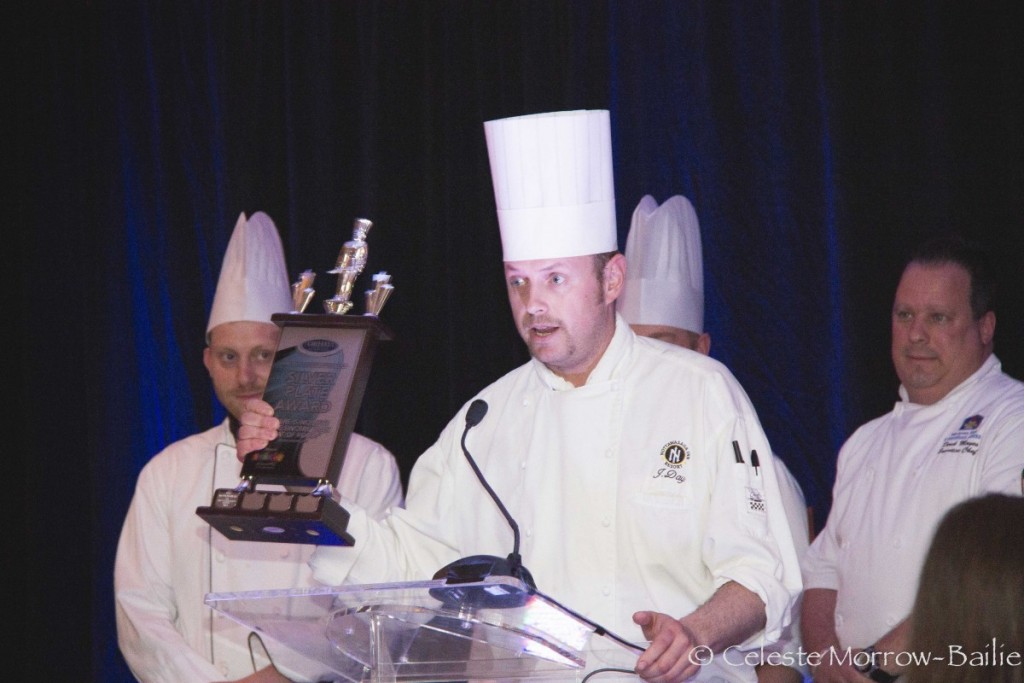 The People’s Choice Awards, which were chosen by consumer votes included: 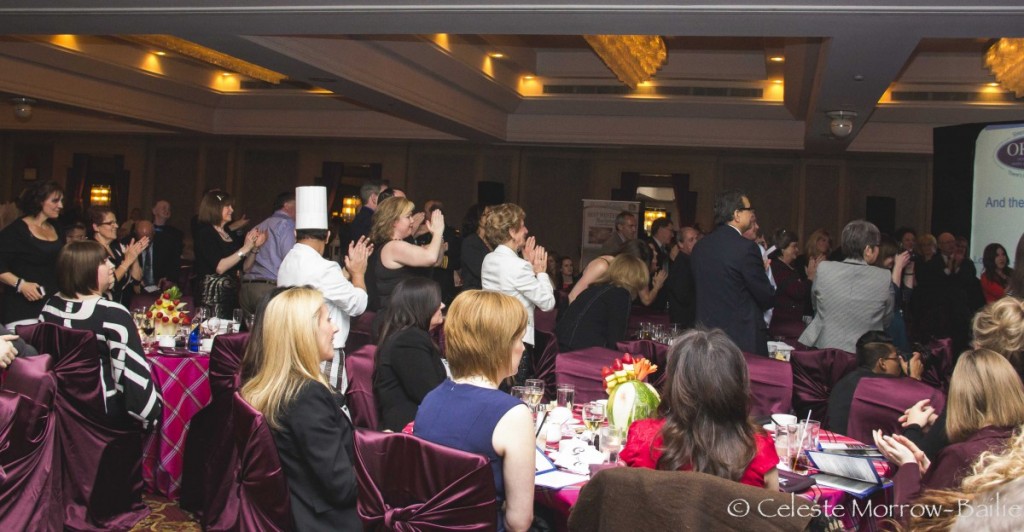 In my humble opinion, I wish the awards had been shared by more, as there are so many fine establishments within the industry, within Simcoe County.

I personally was rooting for Chef André Sanche of Ciboulette et Cie to take home the “Local Chef of the Year Award” and when the Silver Plate award was announced, I confess I was shocked that Barrie’s own Chef Marco Ormonde of The North Restaurant was not the recipient.

It was a splendid evening nonetheless, and I extend my sincere congratulations to all.

With food this good, we are all winners.

This review was originally posted on Simcoe Dining in May 2014. 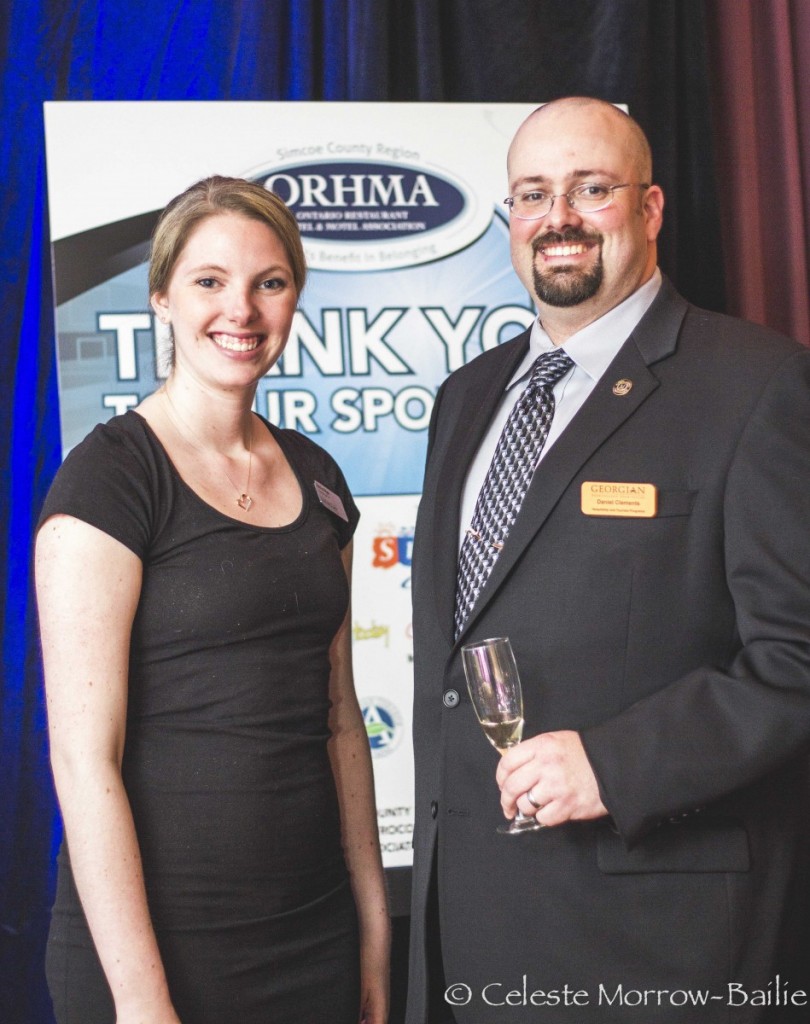