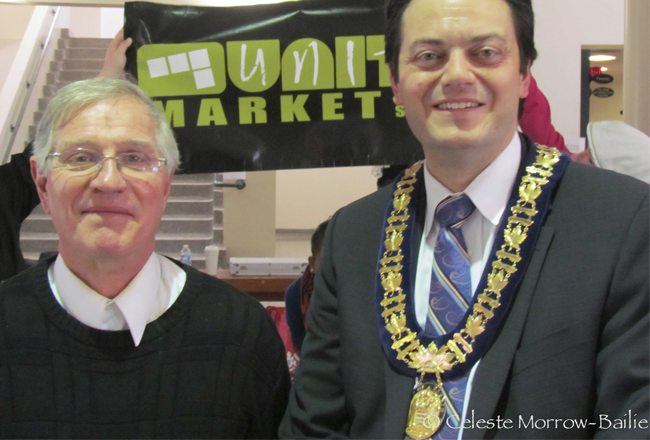 Tradition holds that the start of a New Year is often a good time for initiating change, with the fresh page of the calendar open, I chose to partake in a new tradition and attended the Third Annual Mayors Brunch and Levee, New Year’s Day 2014.

Hosted by our own fabulous Mayor Jeff Lehman, organized by Robin Munro, this was the place to be, the morning after the night before.

The history of a Levee goes back to the 1600’s in France and long ago crossed the ocean to Canada. For over 350 years, New Year’s morn has been the opportunity for Governors and “Persons of Distinction” to greet the citizens, and welcome in the New Year.

Mayor Lehman warmly engages with his constituents; the combination of good food, music and conversation was a great start to 2014!

The rotunda at City Hall was transformed with fresh flowers, candlelight, and linen table cloths, courtesy of Catering by Rose.

The buffet style brunch was an artful mix of tasteful cuisine, prepared and presented by some of our cities finest independent restaurants and caterers. With the Kiwanis Club of Kempenfelt Bay pouring the champagne and orange juice, mimosas were on the menu. There were succulent savory crepes and home fries from Unity Market Café. Perfectly seasoned and spiced pakora, chicken korma and other delights were offered from Tara Indian Cuisine. Chef Marco Ormonde and his team from The North created a fabulous display, offering guests mussels, a multitude of sliced meats, and salads topped with edible flowers. Nadia McIlveen of Cheeky Treats wowed us with waffles topped with fresh fruit toppings, maple syrup and real whipped cream. 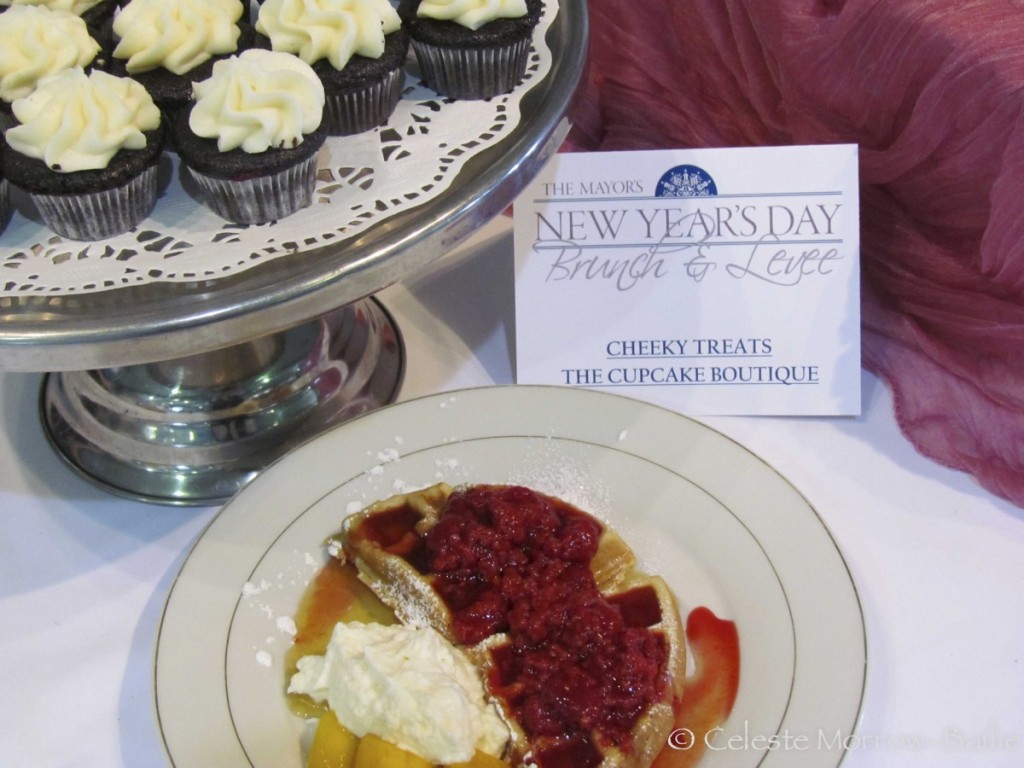 A platter of sweets was available from Lemon Tree Bakery. The finishing touch was Hamley’s Tea & Coffee Co. generously providing fair-trade coffee and a selection of teas. 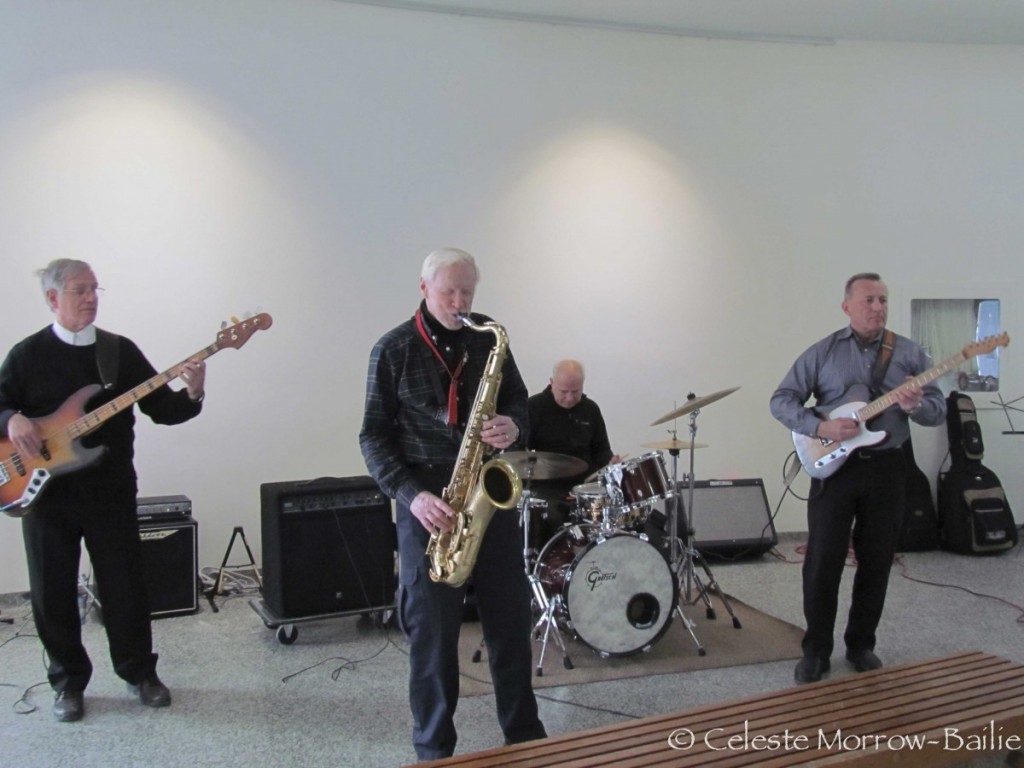 Musical accompaniment was also on the menu; from the dulcet tones of Larry Christopher and his selection of Neil Young favorites, to the up and coming members of Vocal Stars Academy, even event organizer himself, Robin Munro with his own “Jazz-Mandhu”, brunchers munched to a bevy of musical sounds and styles. Shane Dennis of Unity Café also shared his musical talents. The young and enthusiastic “Owen the Great Magician” wowed guests with his sleight of hand, Erich Jacoby-Hawkins and his wife Teresa found this young magician’s talents quite engaging! 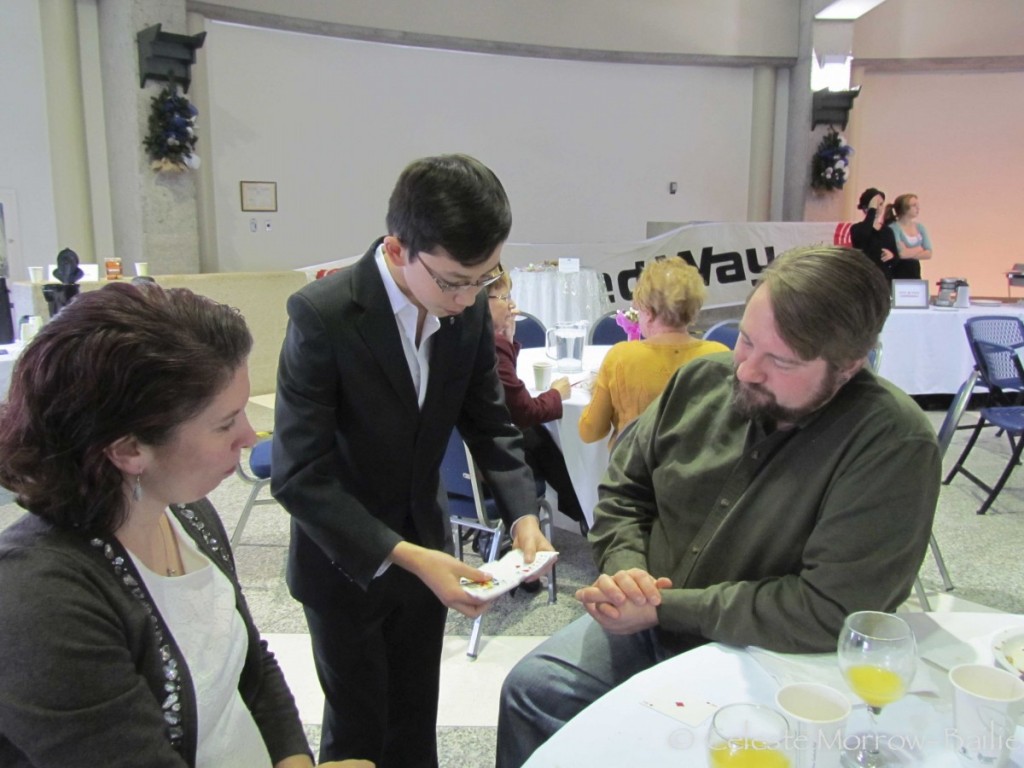 The benefits from attending the Mayors Brunch and Levee are long lasting; as a community we join together to continue a long standing tradition, we support our local establishments and we build relationships, but on a grander scale, the United Way of Greater Simcoe County benefits from this event. That is something that all involved can start the New Year feeling good about. Cheers to 2014! 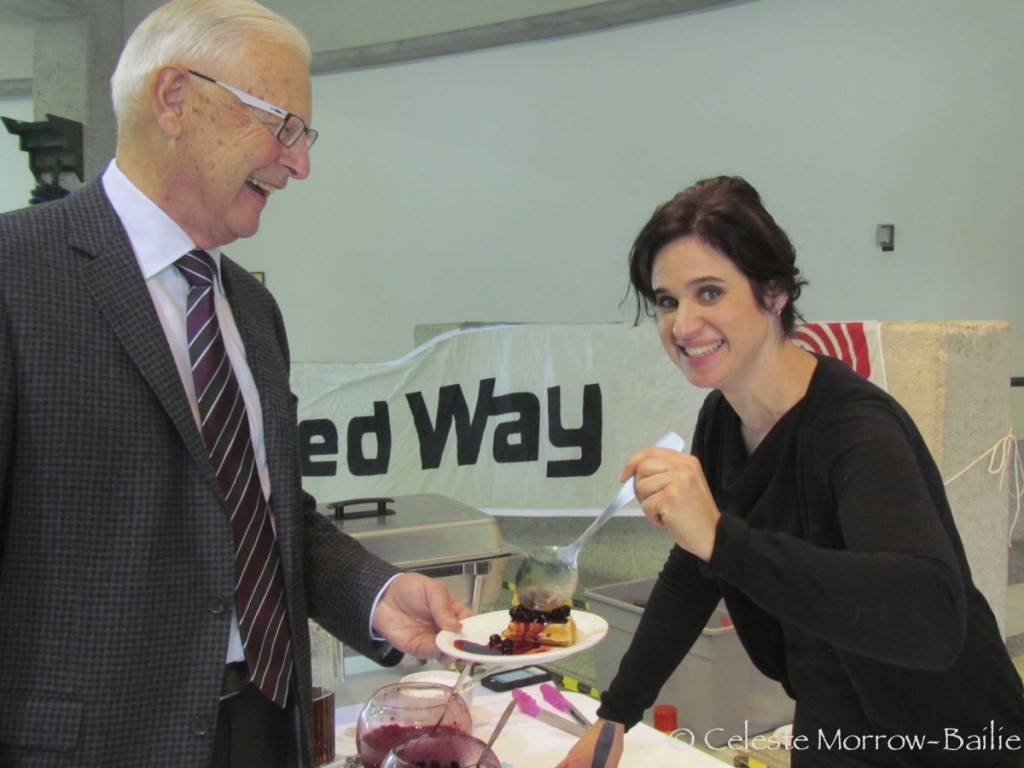 This review was originally posted on Simcoe Dining in January 2014.

Barrie Through the Seasons; January 2016