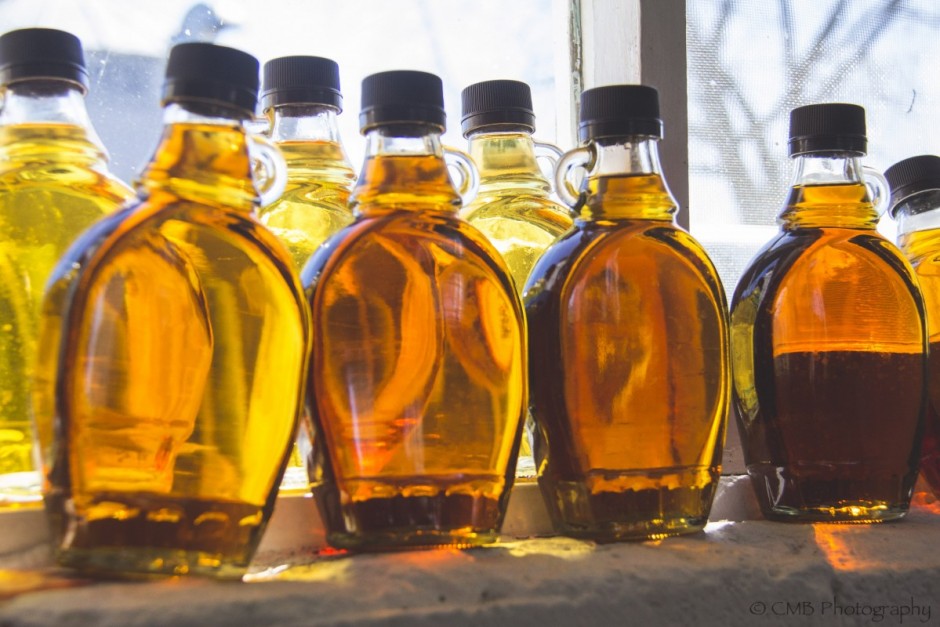 From the Barrie Farmers Market to the white washed belly of a barn but a few years younger than Canada’s confederation, John Williams of Williams Farm makes maple magic. 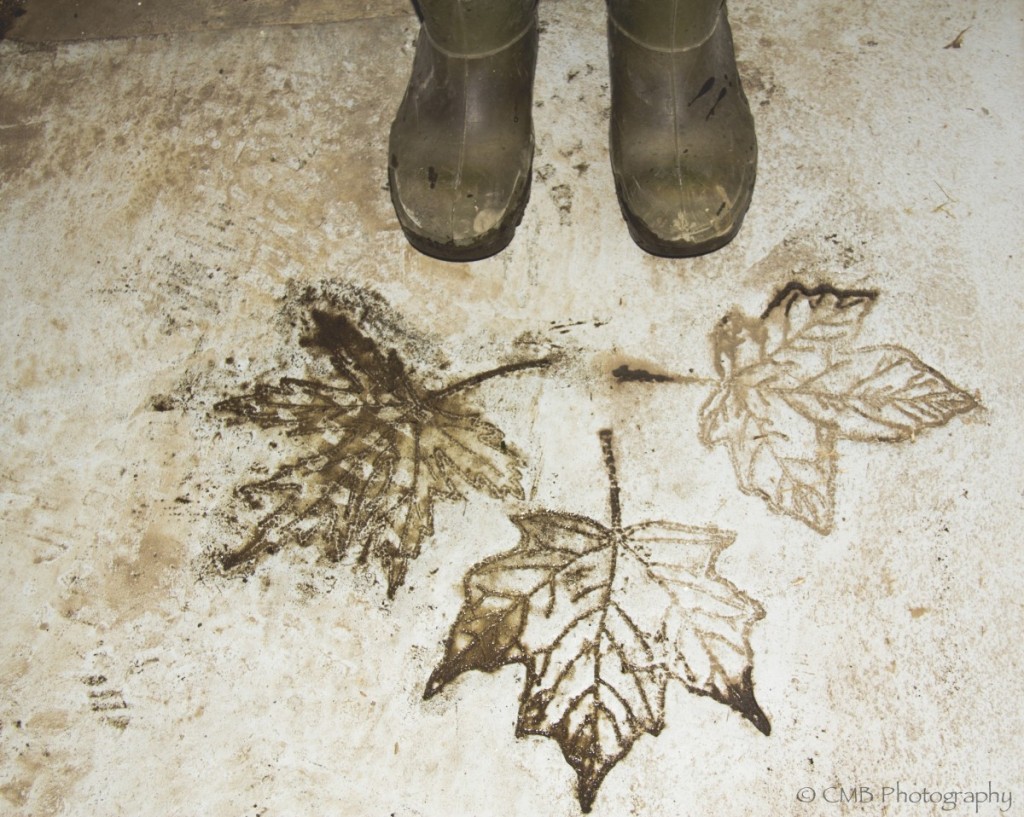 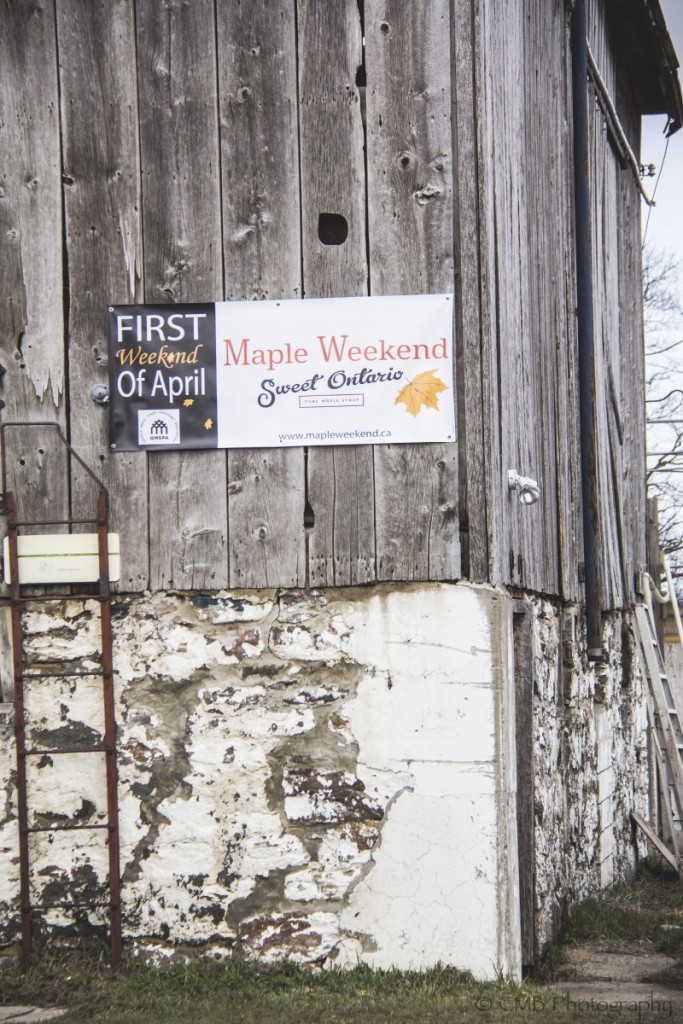 Newcomers or longtime residents of Barrie I highly recommend you check out the Saturday shop local institution that is the Barrie Farmers Market. The tradition of going to market for shopping and social connections on a Saturday morning is deeply rooted in the history of our city and in Barrie, the market predates confederation. This is where I first met John Williams, tasted the syrup he produces and purchased the organic vegetables he grows. 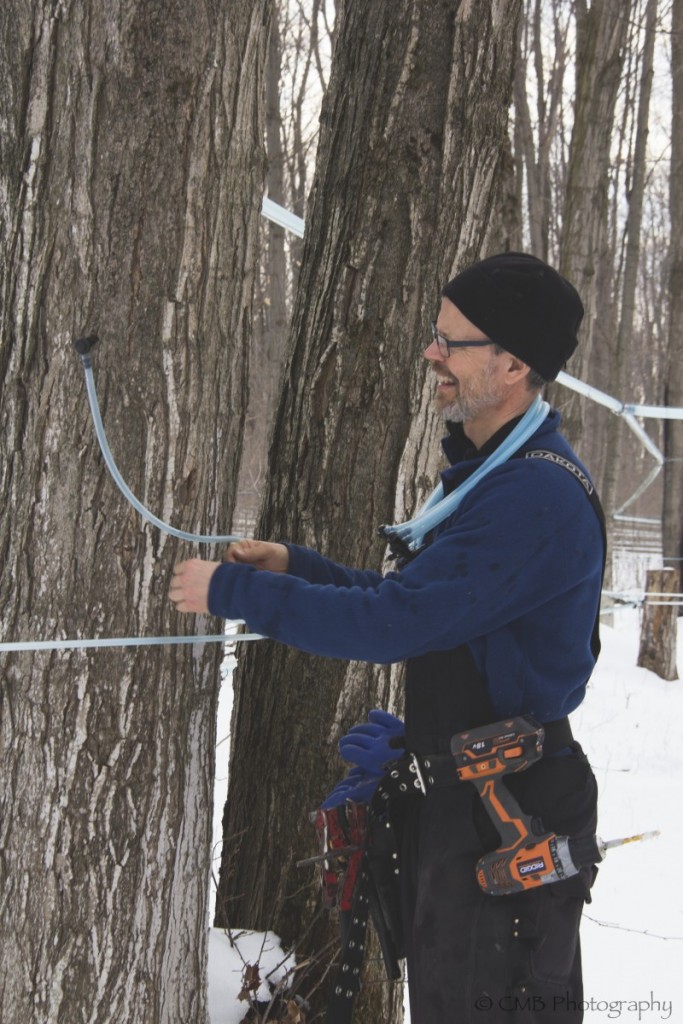 Maple syrup production has changed over the years since John placed his first taps into trees; set with twenty five buckets on the family property when he was 13 years old. Under the watchful eye of his father Howard, they boiled the sap to syrup over an open fire. While the yield was small, his passion was not!
As with any crop, weather plays a predominant role in production of a good yield. While many folks are eager to see a short winter with less snow, followers of the local, organic farming and growing movement understand that farmers need the snow; the ground must be sufficiently frozen and then wet for a successful summer growing season. Maple syrup producers need specific conditions for a good spring flow of sap, with warmer days and chilly nights. John Williams told me this year is going to surpass their best, as the conditions, while the weather has been unusual with ups and downs, have provided exactly what they needed, literally turning on the taps! 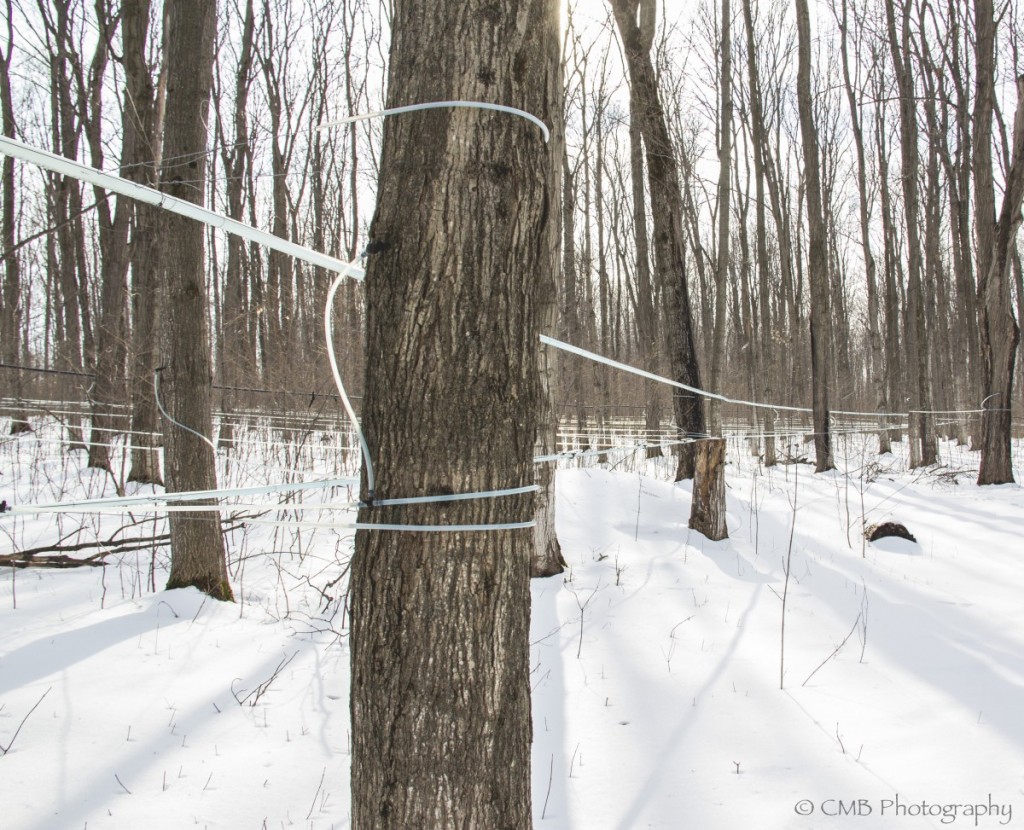 This year production numbers are astounding; the flow on Easter weekend of ¾ a liter per hour per tap meant that tanks that usually fill in 12 to 24 hours were filling in 4 hours! They are presently at 4000 liters of syrup, the barn filled with barrels holding 150 liters each; their 2016 season a resounding success. 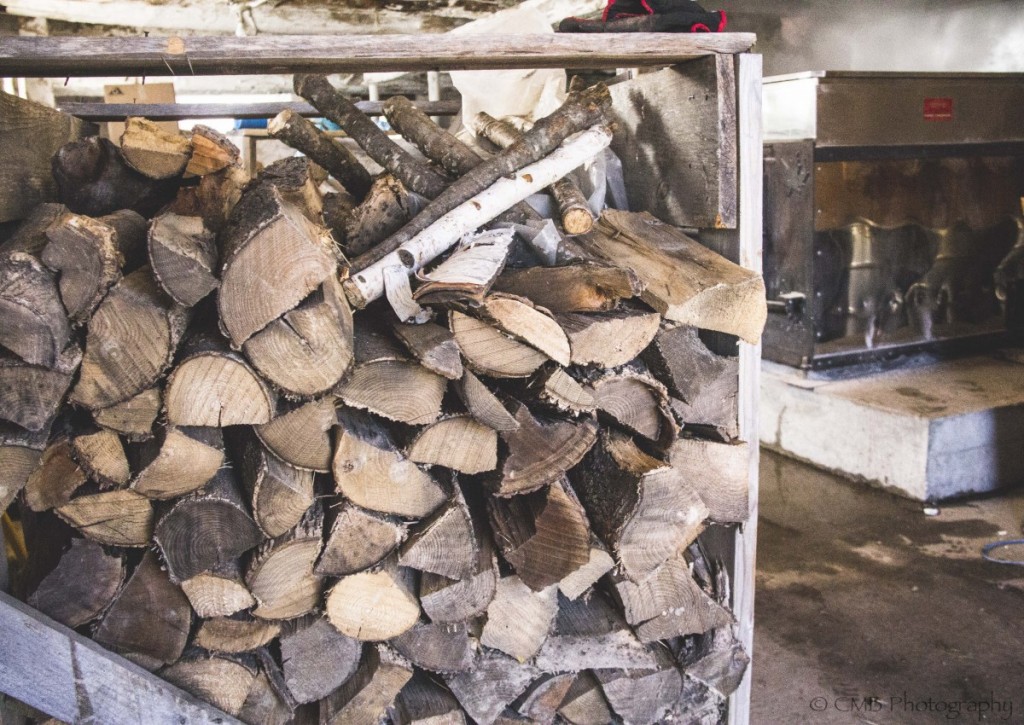 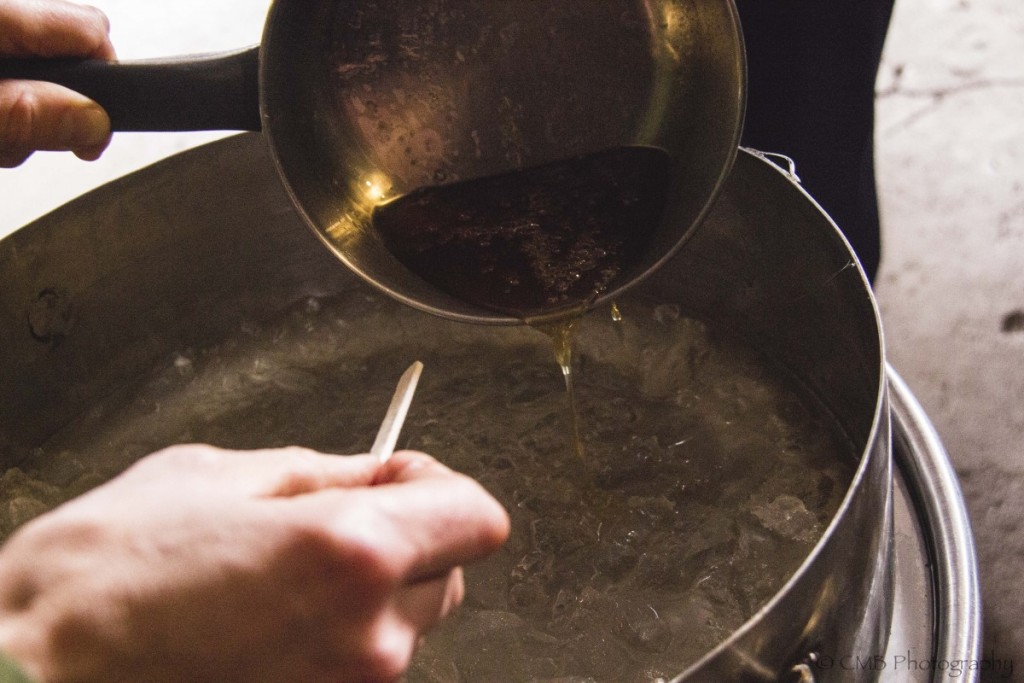 All that sweetness is available for tastes and take home purchases. From traditional maple taffy on snow, or ice as was served in the barn, to delicious jars of maple butter, maple sugar, which makes a great substitute for the white stuff, maple candy and of course syrup. The International Maple Syrup Institute spent ten years working to create consistency of names for grading the colours; the deeper the colour the more intense the flavour becomes. It is a matter of personal preference and John Williams happily pours samples at market or at the barn. 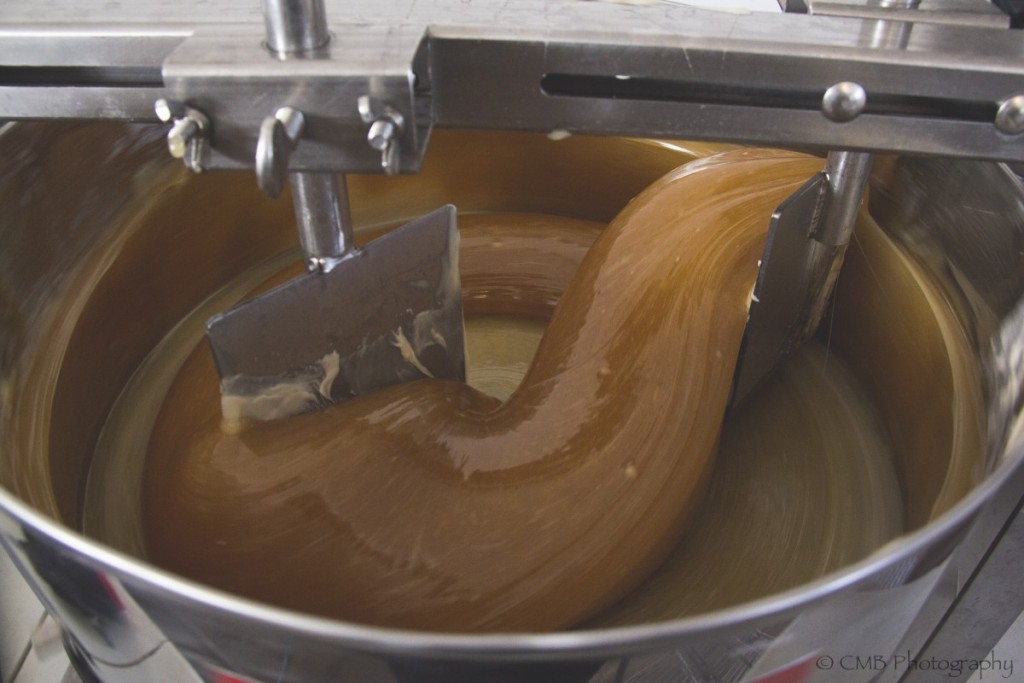 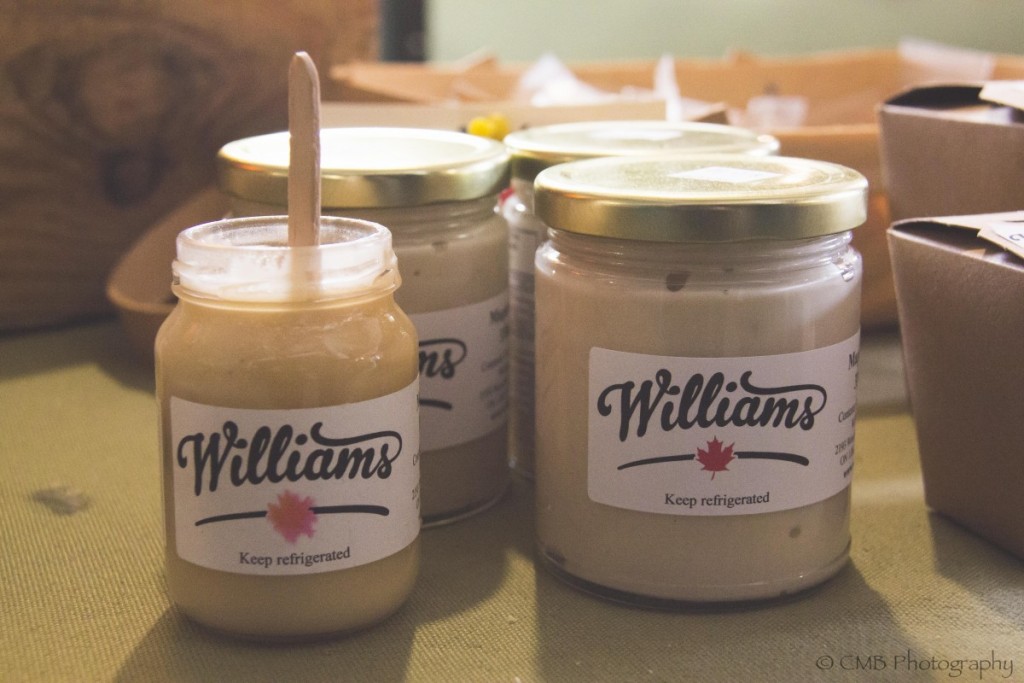 John Williams’ products and produce are available in Barrie at the Barrie Farmers’ Market, Local Foods Mart, and is used at RIPE Juicery. There are numerous other locations for you to shop and support local including; Nicholyn Farms, 100 Mile Store Creemore, Mariposa Bakery, Grounded Coffee, Mama Earth Organics and the Foodland stores in Craighurst, Midland and Penetanguishene.
Barrie is perfectly situated for mini road trips, with ease of access by highway or country roads for those that prefer to meander. As all roads radiate out from our downtown core, it is a valuable experience to explore our farmers and producers in their local habitat. When children have the opportunity to see how food is grown or made they develop a genuine appreciation for what they eat. 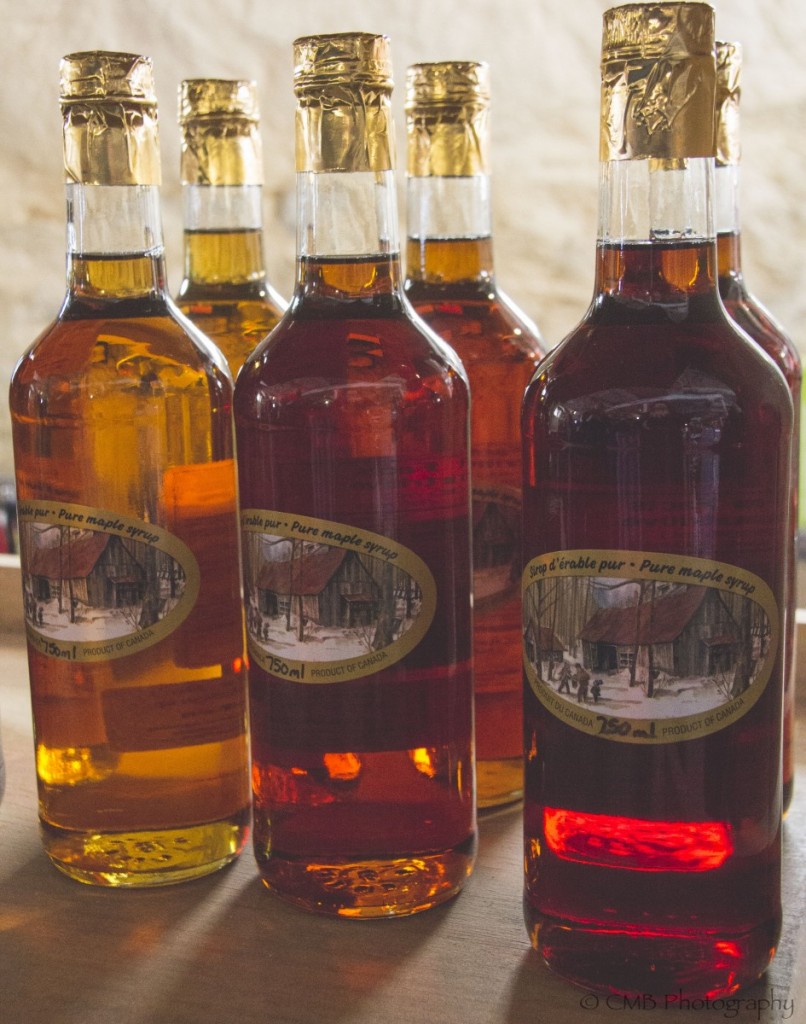 In his own words, John Williams shares; “it’s very important for people to support local farmers, growers and producers. Not just to know what you eat, but to help preserve the landscape and economy of our rural areas. If you don’t do this, a drive through our countryside will look very different in twenty years, large farms with huge fields and very few farmers. It costs more up front to buy local, but it pays dividends in the long run. We need more people to buy local and single estate products, more people to support our investment in the food we grow and the land we work”. 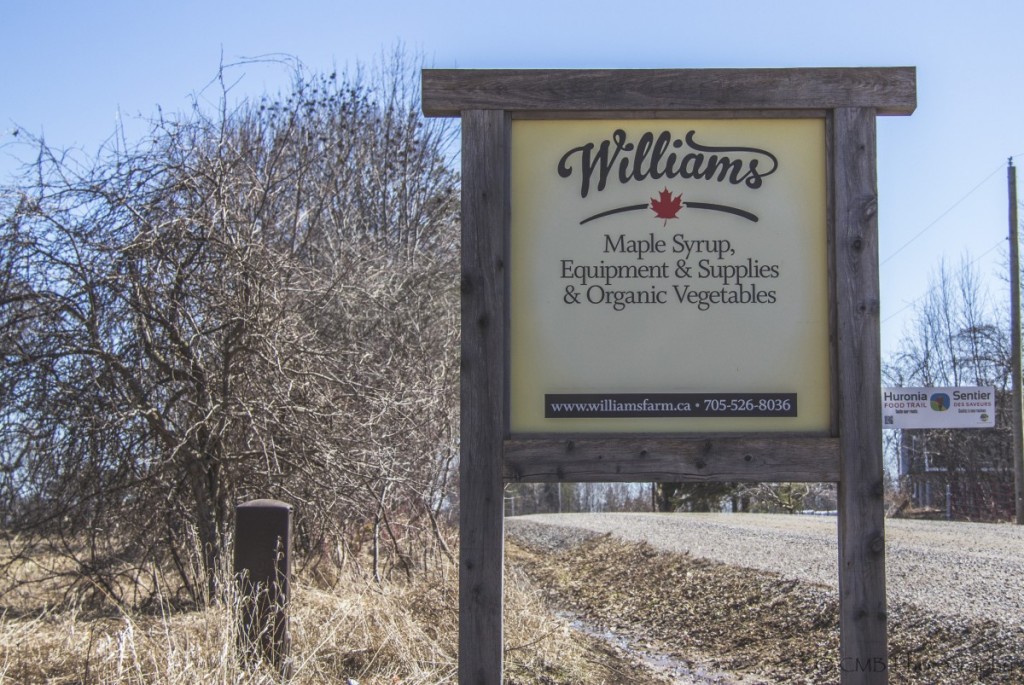 In our ongoing collaboration in support of local; Erin Corcoran Re/Max Chay Reality Inc. Sales Representative and enthusiastic owner operator of Barrie’s Simcoe County Shop Local and I are pleased to share our finds with you as we continue to bring you Barrie Through the Seasons.
March 2016 was a sweet month; please join us to see what spring brings for April!

Barrie Through the Seasons; February 2016