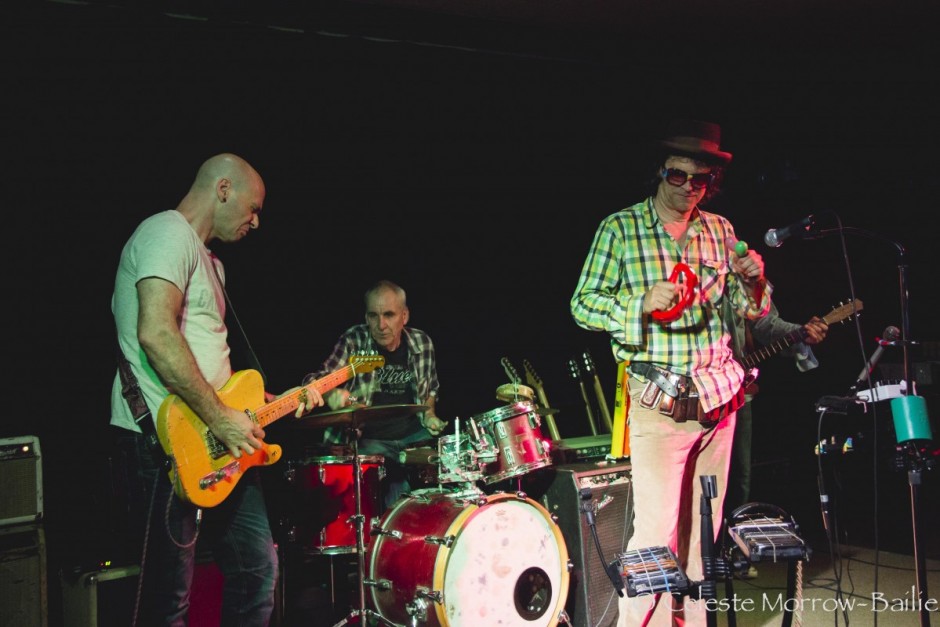 When Jerome Godboo graces the stage, he wears his trademark tool belt low on the hips; with ease he draws forth a stunning array of harmonicas, one in every key; his harp blows talent, musically he slays the audience. 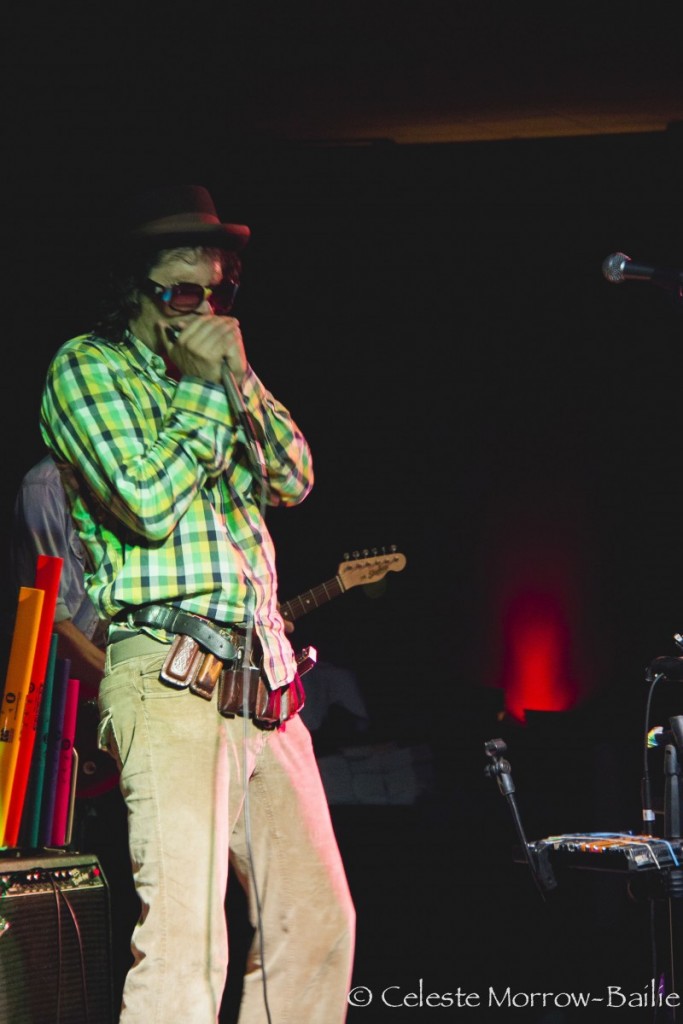 You may remember Jerome Godboo from the 90’s with the “Phantoms”; with almost three decades in the biz, he has been making music, albums and a glowing reputation among his peers and fans. It is no wonder he was awarded the Lee Oskar World’s Best Harmonica Player in the International Blues Challenge 2014 in Memphis.

Toronto is home base for Jerome Godboo; but touring has taken him across our country, the US and a large portion of Europe, either heading his own band, or playing with others. The “others” being a diverse and impressive list of names, from various genres of music including; Alannah Myles, Ronnie Hawkins, Levon Helm, James Cotton, The Tragically Hip, Prince, Pinetop Perkins, and the late, great Jeff Healey.

This summer he once again headlined at the Montreal Jazz Festival and Mont-Tremblant Festival.

I had the opportunity to interview Jerome Godboo during the Blues and Jazz Festival in Barrie.

PM:  I read about you being the “World’s Best Harmonica Player” and I wondered how does one become the world’s best?

JG: There’s the international Blues Challenge, it happens in Memphis every year, so I went down in 2014 and we got into the semifinals, and then out of all the semifinalists, the group of judges pick the best and luckily I won. Over one hundred and sixty Blues Societies are represented, that’s a huge amount of musicians, it’s really hard to make it through the cuts you know, but I happened to get chosen. I got to give a lot of credit to harmonica inventor Brendan Power, because I am playing his new harmonicas that he just developed in 2013. One is called the Suzuki Sub30 and the other Brendan Powers PowerBender, which is a new tuning; this gave me a more original flexible sound.

PM: When did you first start playing the harmonica?

PM: Did it just come naturally to you and why were you attracted to the harmonica?

JG: My brothers had a lot of blues albums, Paul Butterfield, Canned Heat, J. Geils Band and that got me started. From there I realized a J. Geils song like Whammer Jammer, came from James Cotton’s The Creeper, and I learnt that, and then I learnt that James Cotton was a student and he hung around with Sonny Boy Williamson, so I started listening to Sonny Boy and that’s how I got into the Black American Blues, from the white guys in the 60’s, John Mayall and all the hippie bands. I started with them and went backwards, tracing their influences. Now I like to sing Muddy Waters, Howlin’ Wolf I like their lyrics too.

PM: When did you start writing music?

JG: Right away, just right away. I used to get into jams and people would say do you know Stormy Monday and I would say yeah, and I knew the lyrics but I created my own lyrics over that pattern. I take standard patterns of music, shuffle, swing, rhumba, boogie. Like a John Lee Hooker boogie or a swing or something like that. I take something standard from Blues and I just put my own lyrics on it, sometimes I just make the chords a little different, now I use a lot of Zydeco influences.

PM: I noticed that.

JG: I just write my own lyrics, a few of my own chord changes, but it’s basically based on tradition.

PM: So when you said you started writing right away, you were just 17?

JG: Yeah I just started writing my own story. I figured if you really want to be like the blues guys you don’t do their songs, you do your own songs. They were writing their own songs and I really wanted to be like them, so I did exactly what they did. I took the local grooves that were around me and then put my own story on it. I always find it’s more powerful if you’re singing from your own experience. Something you know, something that you have lived.

PM: That’s true whether you are writing about it or singing about it.

JG: Yeah there might be the odd Shakespeare there who knows everybody in the world, how they all work, but I’ll just only know myself. That’s even hard, to know yourself.

PM: That a wonderful quote. Thank you! Anything else you would like to tell me?

JG: It’s been going really well, the whole Blues award really worked because right away I got gigs with Calgary festival, Montreal Jazz, Mont Tremblant this year, Donnacona Blues Festival.  I got one in West Virginia, that’s the Heritage Music Blues festival; all these festivals came through because I won that contest down in Memphis.

And it happens every year, I hope to take my band down; we’ve got Shawn Kellerman in it and compete next year, and see if we can win the band prize this time, that’s the main thing, the band prize.

PM: Goddo plays with you sometimes.

JG: Yeah, Greg Godovitz, when Shawn is out with Lucky Peterson or sometimes Eric is out with the Spin Doctors.

JG: It really is a small world.

JG: I am thrilled to be playing with these guys, Shawn Kellerman is a top notch guitar player, He plays with Lucky Peterson, I had him on all my albums before, it’s kind of satisfying even though I lost him on a lot of gigs to Lucky, it validated my choice, like, look guys Lucky Peterson agrees with me this is the guy to hire! Lucky Peterson he is high level!

With a summer of successful festival gigs behind him, and a full to bursting fall schedule lined up, clearly the designation of Best Harmonica Player makes Jerome Godboo a first choice for blues fans.